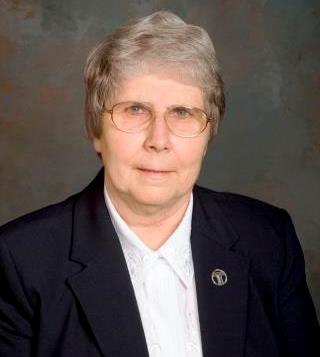 The prestigious award annually recognizes individuals who have devoted much of their life to Catholic health care and who have inspired and mentored others. The award recognizes leadership that extends beyond Catholic health care to impact the local community and beyond. “Sister Jomary’s leadership has been instrumental in the growth and success of Hospital Sisters Health System (HSHS). In her many leadership roles with the Hospital Sisters of St. Francis and HSHS, Sister Jomary has inspired her colleagues to live the values and mission of the Catholic Church. This recognition from CHA is well deserved and highlights not only Sister Jomary’s many accomplishments, but also the great respect HSHS colleagues and Catholic health care leaders have for her,” said Mary Starmann-Harrison, President and CEO, HSHS.

Sister Jomary has a distinguished 50-plus year career in Catholic health care. She currently serves as Chairperson of the Hospital Sisters Ministries Board, which was established in 2015 as the public juridic sponsor of HSHS. She had previously served as the Provincial Superior of the American Province of the Hospital Sisters of St. Francis (2007-2015), as President of HSHS (1989-2006), and as Executive Vice President of HSHS (1988-89). In addition, she has served as the Assistant Administrator at HSHS St. Vincent Hospital, on the Hospital Sisters of St. Francis Provincial leadership team, and in nursing leadership roles at HSHS St. John’s Hospital (Springfield), and HSHS St. Mary’s Hospital (Streator).