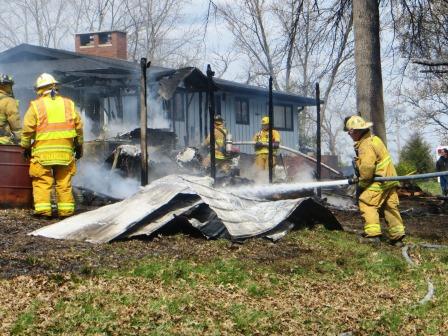 A storage building with metal siding and its contents were destroyed by fire late Sunday morning in Pocahontas.

Pocahontas-Old Ripley Fire Protection District firemen were sent to property in the 100 block of Kavanaugh Street, about three blocks east of the Pocahontas downtown square. 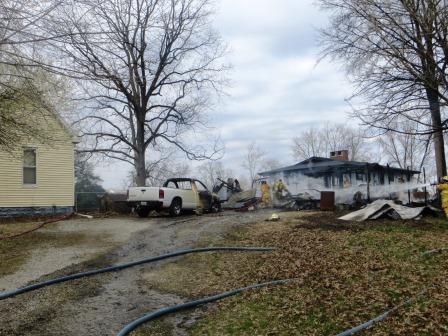 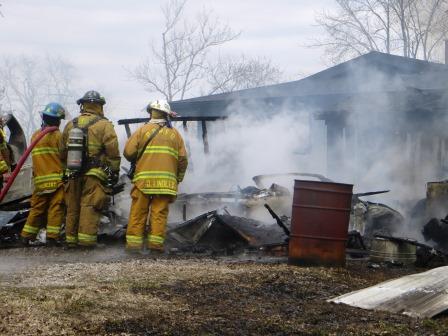 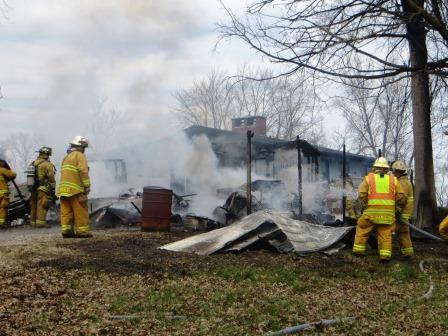 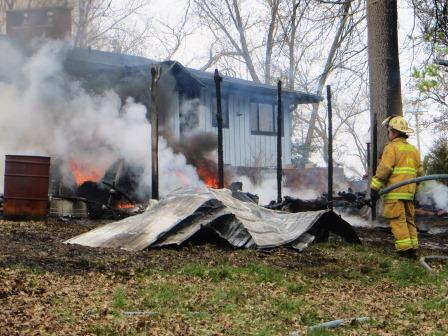 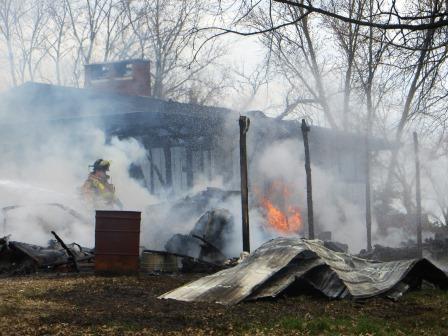 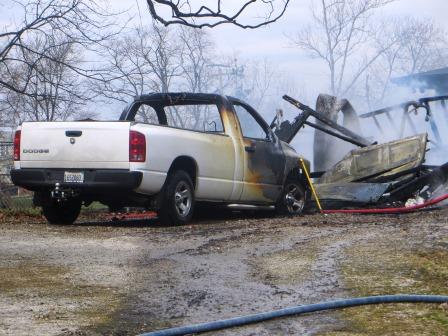 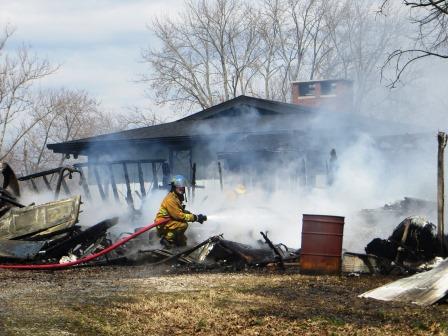 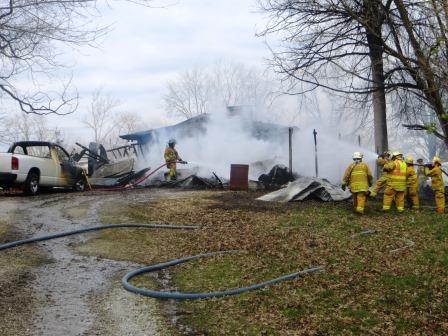 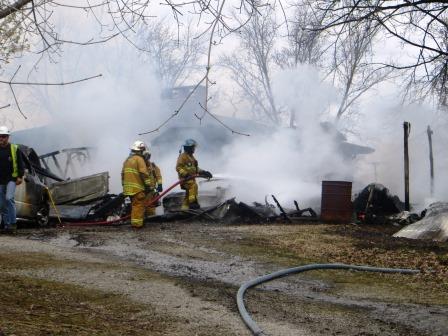 Fire Chief Dennis Lindley said by the time firemen and trucks arrived on the scene, the building was engulfed in flames. He reported two cars, two motorcycles and a boat in the building burned.

A pickup truck parked outside of the structure was also damaged.

Siding on the owner’s house, located southwest of the storage building, was damaged by the heat from the fire.

A small shed, north of the storage building, was also totally burned.

No one was injured.

Chief Lindley said the cause of the fire was not immediately known.