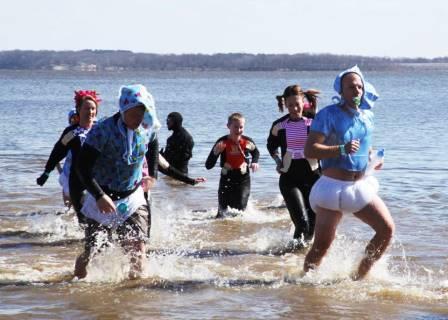 The annual Polar Plunge is a unique opportunity for participants to support Special Olympics athletes by raising a minimum of $100 to jump into the icy waters of an Illinois lake. In conjunction with the Plunge, the inaugural 5K Donut Dash tested runners’ speed and their ability to eat donuts. Dashers paid a $30 registration fee to run the 5K that included donut stops along the route- reducing racers’ times based on donut consumption. All Plungers received a Polar Plunge sweatshirt and Dashers earned a Dri-Fit race shirt in addition to free admission into the Post-Plunge Party. 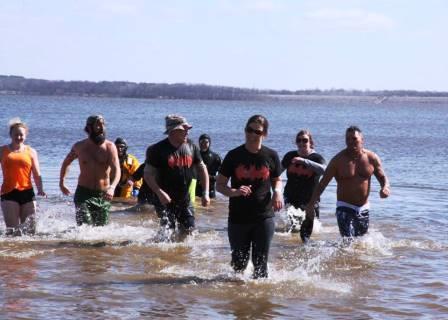 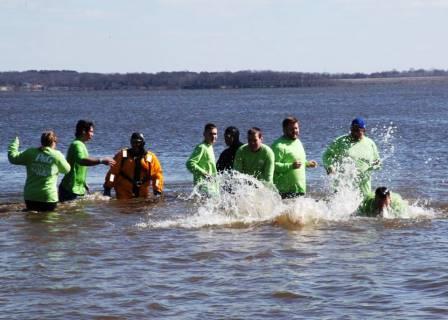 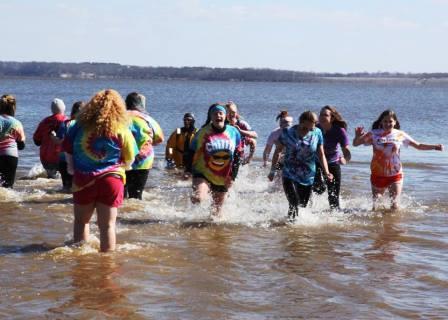 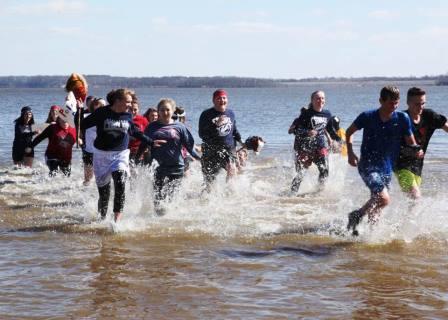 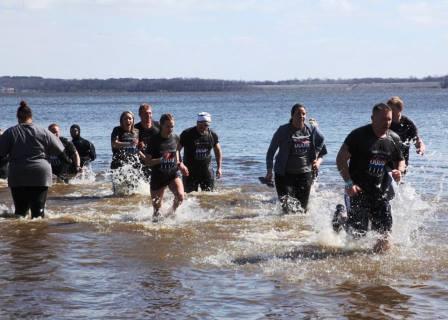 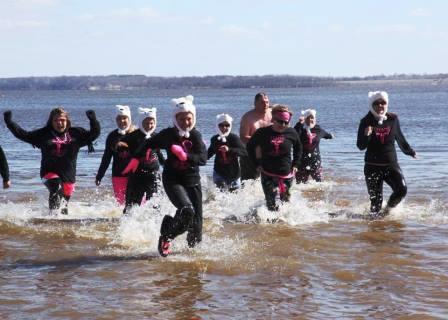 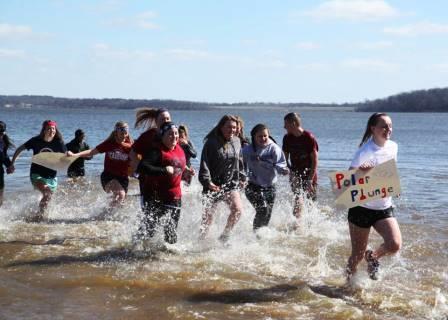 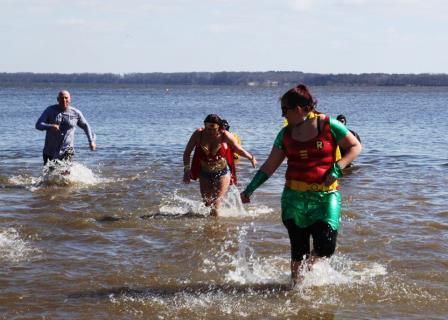 Plungers, Dashers, spectators and volunteers gathered for the Post Plunge Party at Carlyle Jr. High School where lunch was provided by Shop ‘n Save. Alex Huegen, Special Olympics Global Messenger and Clinton County Cats Athlete, inspired attendees with his speech before the presentation of Team and Individual Awards.

The 1st place winners in each age division for males and females received medals for the Donut Dash. The overall Men’s winner was Alex Huegen with an adjusted time 21.43 (3 donuts consumed for a 3 minute deduction). The Women’s overall winner was Sarah Pingsterhaus with a time of 26:55. All race results are available at http://runningstartsports.com/2017.html

The Illinois Law Enforcement Torch Run is the single largest year-round fund-raising vehicle benefiting Special Olympics Illinois. This intrastate relay and its various fundraising projects have two goals: to raise money and increase public awareness for the athletes of Special Olympics. Each year, more than 3,000 officers in Illinois run more than 1,500 miles carrying the Flame of Hope through the streets of their hometowns and deliver it to the State Summer Games in Normal in June. Special Olympics Illinois is a year-round program of sports training and competition for children and adults with intellectual disabilities. Special Olympics programs are now in more than 170 countries with 4.4 million athletes.¬

For more information or to donate to this event, please visit www.plungeillinois.com or contact Justin Dunning at 618-654-6680 or jdunning@soill.org.