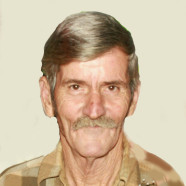 In addition to his father, he was also preceded in death by a sister, Janey Koch; a brother, Danny Koch; a sister-in-law, Nita Koch; and brothers-in-law, Kenny Schrage and Dan Renschen.

Jack was a veteran of the United States Air Force and was a member of the Centralia American Legion Post 0466. He enjoyed tinkering around his shop.