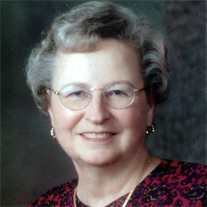 Joan retired in 1979 from Staunton Memorial Hospital, where she worked as a secretary in the laboratory for ten years. She also worked at St. Joseph Hospital in Highland for three years in a similar job. She graduated from Bunker High High School and attended IL State University. Joan and her husband had lived in Springfield, Gillespie, Staunton and moved to Highland in 1977. She enjoyed traveling, golfing and dancing with Al at the Helvetia Sharpshooter Society, of which Al was an officer. Joan belonged to several card clubs and enjoued buying and selling collectibles.

Memorial service will be at 11:00 AM on Saturday, April 29, 2017, at Spengel-Boulanger Funeral Home in Highland, IL., with Matthew R. Embry, Pastor, Pastor of Mosaic Church, IL officiating.

Interment will be at Memorial Park Cemetery in Staunton, IL at a later date.

Memorial contributions may be made to Highland Animal Shelter, Alzheimer’s Association or Hospice of Southern Illinois.