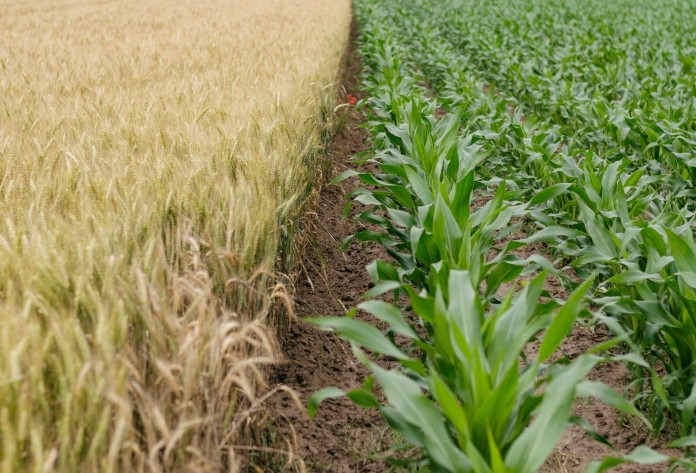 Since the release of the March 31 Prospective Plantings Report and the April World Agricultural Supply report, the corn and soybean markets turn their focus to spring planting. According to a University of Illinois agricultural economist, the pace of planting reveals expectations that delays in planting may influence acreage decisions.

“Recent rainfall totals in Corn Belt and Plains states and forecasts for a wetter pattern in western and northern areas of the Corn Belt instigated the annual discussion of the acreage implications of corn and soybean planting progress,” says Todd Hubbs. “The shift to soybean planting intentions and away from feed grains makes the pace of planting of interest this crop year.”

The Prospective Plantings Report indicated farmer’s intentions to plant 89.5 million acres of soybeans in 2017. The 6 million-acre increase in soybean acres over 2016 came at the expense, in many states, of feed grains. When considering corn, sorghum, oats, and barley, the total acreage reduction for feed grain planting intentions indicates approximately 5.6 million fewer acres of feed grains planted in 2017. Corn planting intentions came in at 90 million acres, which is 4 million acres below 2016 levels. The most recent Crop Progress Report for the week ending April 9 indicated 3 percent of the corn crop planted, which is on par with the pace of planting over the past five years. Hubbs says continued rain in many areas points to delays in corn planting in many states and merits investigation into the possibilities associated with late planting on acreage decisions.

Any ability to characterize late or early planting at a national level creates complications due to geographic variation. Previous work by Irwin, Good, and Tannura suggests late planting in the major producing states that impacts national average yield occurs after May 20 for corn and after May 30 for soybeans. Hubbs says this timeframe for considering late planting draws support from planting date studies conducted in Illinois over a decade.

“Using this definition, we look at the past 20 years, since the Freedom to Farm era began, of crops planted late to determine any impact on acreage decisions at the national level,” Hubbs says. The portion of the crops planted late ranged from 4 percent (2012) to 21 percent (2011) for corn and 6 percent (2012) to 43 percent (2011) for soybeans. “For the five years since 1997 with the smallest and largest percentages of the crops planted late, we conduct an examination of how the final estimate of planted acreage differed from intentions reported in the USDA’s March Prospective Plantings report. Due to a tie for the fifth position for largest late-planted percentage in corn, six observations are used in calculations.”

“Producers possess the ability to plant very quickly and still have more than a month to plant corn and six weeks to plant soybeans before planting is considered late by our definition,” Hubbs says. “Currently, the concern is the potential delay in corn planting, which may create an incentive to switch to soybean acres and exacerbate the large switch in acreage seen in the planting intentions report.

“Observations since 1997 suggest that there is a tendency for corn acreage to exceed intentions in years when a small percentage of the crop is planted late,” Hubbs concludes. “The large variation in the direction and magnitude of acreage deviations from intentions makes it difficult to form expectations on corn acreage for 2017. Deviations in planted acreage of soybeans from intentions provide no clear indication of acreage adjustment based on the lateness of planting.”