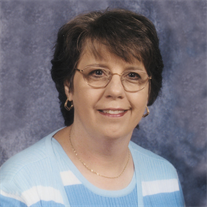 She was born on Thursday, May 08, 1947, in Alton, IL, the daughter of Alvin and Midlred (nee Gusewelle) Helmkamp.

She was a member of Trinity Lutheran Church, Edwardsville, IL.

Interment will be at Quercus Grove Cemetery in Edwardsville, IL.

Memorial contributions may be made to Alzheimer’s Association or Family.