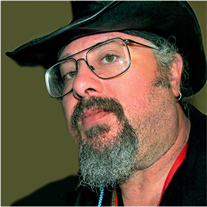 He was a member of Salem United Church of Christ.

Trever was born in Highland and grew up north of Alhambra on the family farm. He graduated Highland High School in 1985. He was currently working at Wal Mart in Carlyle. Trever liked to draw and do graphic art and design on the computer. He collected and watched movies and loved to listen to music. He enjoyed engraving and etching glass and also studied fossils, rocks and minerals.

Funeral service will be at 11:00 AM on Saturday, April 08, 2017, at Salem United Church of Christ in Alhambra, IL with Rev. Jerry Amiri, officiating.

Memorial contributions may be made to Salem UCC or to the Family.