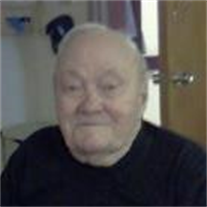 Funeral services will be held 11:00 a.m. Monday, April 17, 2017 at the Donnell – Wiegand Funeral Home in Greenville. Interment will follow in Mt. Auburn Cemetery with full military honors by the V.F.W. Post #1377. Visitation will be held from 10:00 a.m. until service time on Monday. Memorials may be made to the Illinois Veteran’s Home in Quincy, Illinois.

William Clem, the son of William Clem Anthony and Amy Priscilla (Foulon) Anthony, was born June 28, 1921 in Edwardsville, Illinois. The family moved to Greenville in 1923 and Clem attended Central and McCord Schools. He graduated from Greenville High School.

He was preceded in death by his parents, wife Della and 2 grandchildren: Lori Cox and Tonya Anthony.