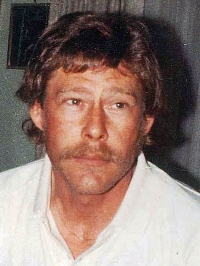 Mr. Smith was born in Belleville, Illinois on August 14, 1947, a son of Raymond and Zora (Gregory) Smith. He married Linda Erlinger on April 19, 1985, and she survives in Keyesport.

Bill is also survived by a son – Cory Smith and wife Katie of Mascoutah; 3 step-children – Aaron Lochmann and wife Wendy of Collinsville, Jennifer Simms and husband Dan of Maryville, and Lori Poletti and husband Nathan of Troy; 2 grandchildren – Lanie and Bode Smith; 4 step-grandchildren – Jared Lochmann, Reagan Simms, and Jennifer and Kristin Poletti. He is also survived by 2 brothers and 4 sisters. He was preceded in death by his parents.

Bill was a veteran of the United States Army and served in the 101st Airborne “Screaming Eagles” during the Vietnam War. He worked for ABF Trucking, and later became a business agent for the Teamsters Local 916 in Springfield. Mr. Smith enjoyed boating and fishing and loved traveling with his wife.

A funeral service will be held at Zieren Funeral Home in Carlyle at 11:00 A.M. on Thursday, May 11, 2017, with Rev. Bruce Sasse, officiating. Interment will follow at Jefferson Barracks National Cemetery. Visitation will be held at the funeral home on Thursday from 9:00 – 11:00 A.M.

Expressions of sympathy in memory of Mr. Smith may be made to his family and will be received at Zieren Funeral Home.