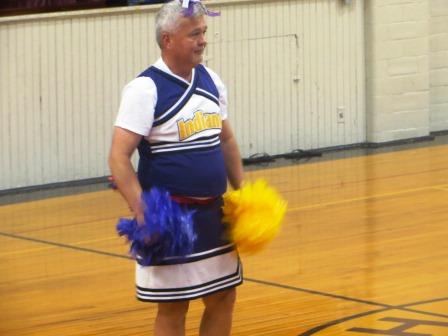 The end of the school year also signaled the end of the reading challenge between the Pocahontas and Sorento schools in Unit 2.

The principals came up with the idea, agreeing that the principal of the school that lost the challenge would have to wear a cheerleading uniform of the winning school and appear at an all-school assembly. 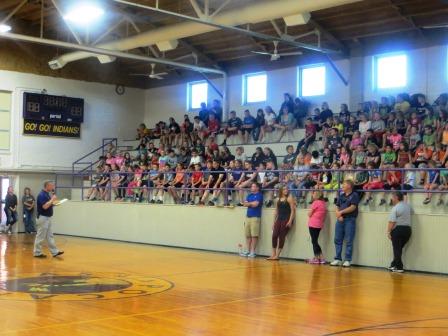 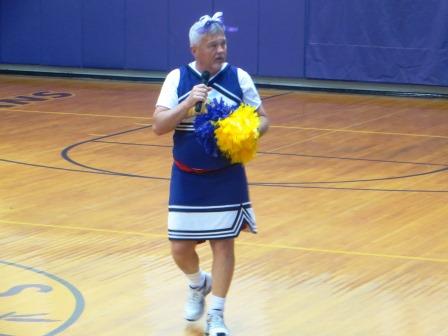 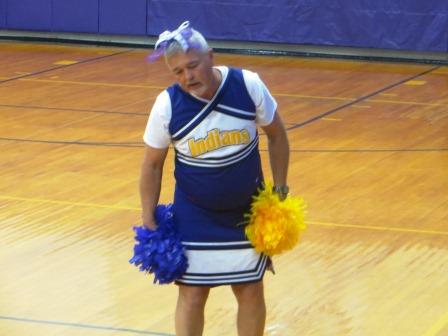 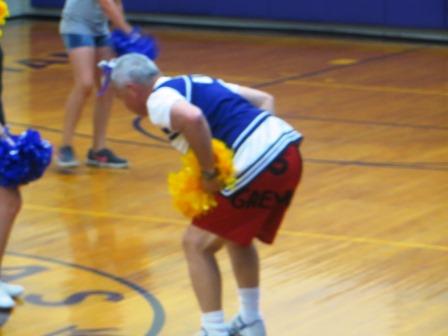 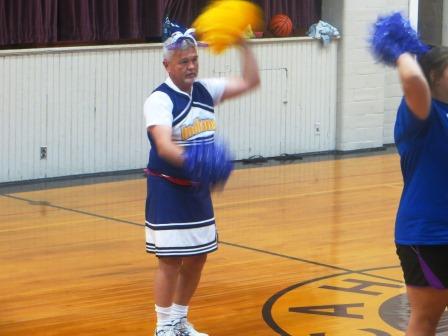 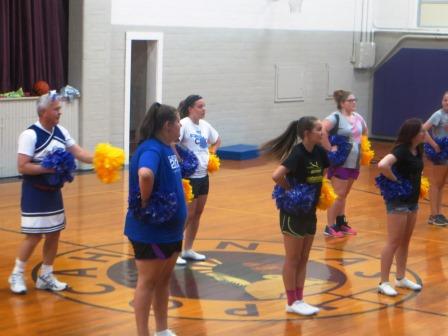 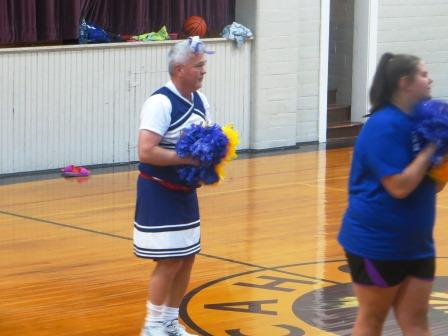 Last week it was announced that Pocahontas had won the challenge with Accelerated Reading totals of 118.1 points per student.

Pocahontas Principal Jason Rakers introduced Sorento Principal Bill Carpenter, who did several cheers with Pocahontas cheerleaders and led the Pocahontas students in his own cheer.

Carpenter then spoke to the students, congratulating them for their victory. He said the competition caused students in both schools to read more, and therefore learn more.

Carpenter, who is retiring, said he hopes Principal Rakers and the new Sorento principal will have a similar challenge next school year to promote reading.