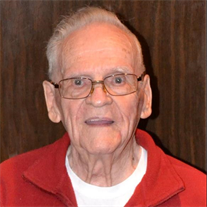 Eldon was born at Granite City, IL. His family lived in Tucson, AZ, and moved to Highland, IL, in 1946. He graduated form Granite City High School and attended college. He served with the US Navy. He worked for the railroad and then worked as a cartographer at the Defense Mapping Agency, St. Louis, MO for 34 years and he retired at age 55. Al and his wife Betty shared over 60 years of married life. He enjoyed vacationing with his brother and other family members, playing golf several times a week, bowling for many years, watching his grandchildren in their activities, playing cards, visiting the casino boats, and spending time with his beloved dog Maggie. He lived at home until being hospitalized on the 16th day of May.

Memorial contributions may be made to Highland Optimist Club or Siteman Cancer Center.