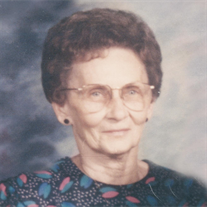 She was a member of Grantfork United Church of Christ.

Funeral service will be at 10:00 AM on Friday, May 26, 2017, at Spengel-Boulanger Funeral Home in Highland, IL., with Rev. Tim A. Darmour-Paul, Pastor, officiating.