Members of the Okaw Valley Amateur Radio Club participated in the national Amateur Radio Field Day exercise, June 24 – 25 at Patriot’s Park. This event was open to the public. The club had over 40 members and guests participate in this year’s event.

Our youngest operators were 9 years old. The club also sponsored a Kid’s Morse Code Scavenger Hunt. Each of the kids that participated had to learn some Morse Code before they could participate and solve the mysteries of the hunt. International Morse Code, although no longer required to obtain an Amateur Radio License, is still used by Amateur Radio Operators worldwide. English is the most common language used. At this year’s Field Day event, operators from the Okaw Valley Amateur Radio Club made near half of their total radio contacts using Morse Code, the balance of contacts were made using voice transmissions. The final totals are yet to be reconciled, however the 2017 event garnered more total contacts than any other year that the club has participated in this national exercise. The Okaw Valley Amateur Radio Club has been participating in this event annually for over 40 years. The preliminary total contacts exceeded 1000.
The club provided a GOTA (Get on the air station) along with a Coach and control operator. This station gave members of the public the ability to make an on the air contact using Ham Radio as well as young licensed Ham Radio Operators the opportunity to operate a station outside of their licensed privileges. There were 11 individuals who took advantage of this station.

For over 100 years, Amateur Radio — sometimes called ham radio — has allowed people from all walks of life to experiment with electronics and communications techniques, as well as provide a free public service to their communities during a disaster, all without needing a cell phone or the Internet. Field Day demonstrates ham radio’s ability to work reliably under any conditions from almost any location and create an independent communications network. Over 35,000 people from thousands of locations participated in Field Day in 2016. 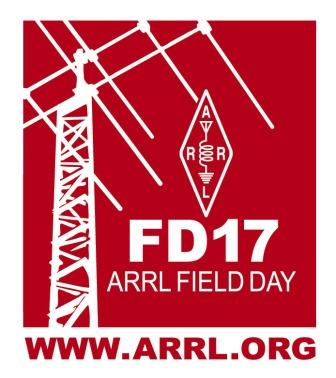