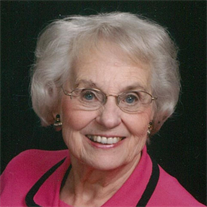 Bonnie Belle Barber Tidball was born in Greenville, Illinois on March 6, 1925. She attended elementary school in LaPorte, Indiana and graduated from Warsaw (IN) high school in 1943. After graduation she attended Greenville College for one year, leaving school to earn money to continue her education. She was an executive secretary in Detroit, Michigan. After returning to Greenville College she married Watson Tidball on August 20, 1949 and they became a vital part of the Greenville College community. Bonnie was a homemaker until her youngest children were in elementary school, and then she served for many years as a secretary in the Athletic and Music departments of the college.

Bonnie was an active member of the Greenville Free Methodist Church, serving as a Sunday School teacher, choir member, and on various committees until she moved to Winona Lake, Indiana in the spring of 2016.