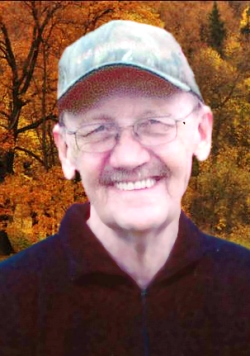 Burel is survived by his children – Burel Goodin and fiancé Marissa Gowey of Birmingham, Alabama and Danica Goodin of Carlyle; 4 grandchildren – Franc, Kamryn, Kassidy, and Lyrik; his mother – Patty Edmund of Carlyle; 2 sisters – Vic Linton and husband Jack of Keyesport and Lin Fauke and husband David of Breese; and a brother – Paul Reynolds and wife Laura of Arizona.

He was preceded in death by his wife, Gail and his father, Burel.

Mr. Goodin was the Superintendent of Water and Waste Water Management for the City of Carlyle for many years. He worked in the same capacity for the City of Breese until his retirement in 2016. Burel was an avid outdoorsman who loved fishing and hunting. He was an advocate for conservation and preservation, and was a member and supporter of Ducks Unlimited. Burel loved spending time with his family and enjoyed cooking and baking.

Graveside services for Mr. Goodin will be held at 10:00 A.M. on Thursday, June 29, 2017, at Carlyle Township Cemetery. Friends and family are asked to gather at the cemetery. Expressions of sympathy in memory of Mr. Goodin are suggested to Ducks Unlimited, Carlyle, IL Chapter. Flowers and condolences may be sent to Zieren Funeral Home, or to www.ZierenFuneralHome.com.