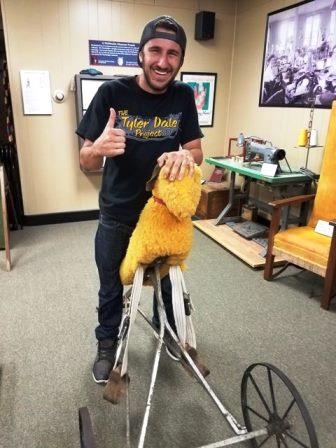 Tyler Dale was one of the celebrities at this year’s the Greenville Graffiti Car Show.

He is known for appearing on the History Channel show “American Restoration.”

While in Greenville, Dale visited the DeMoulin Museum. 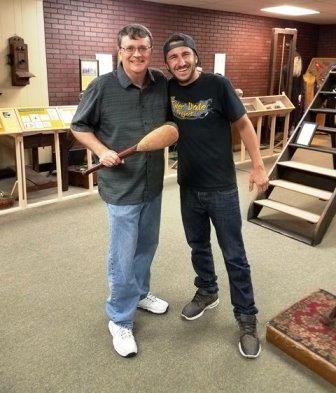 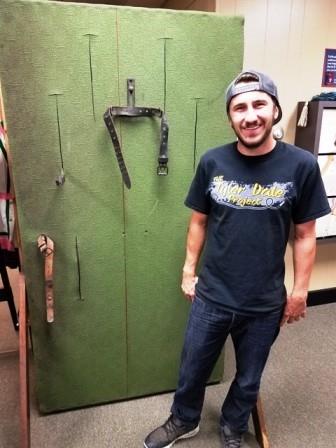 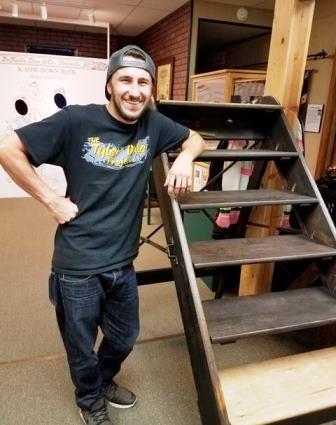 John Goldsmith, museum curator and car show coordinator, talked about the significance of Dale visiting the museum. Three years ago, American Restoration restored two DeMoulin lodge initiation devices owned by David Copperfield. The museum was involved in doing research for that project. Goldsmith said Dale was familiar with the two pieces he had worked on, but did not know about the many other devices he saw in the museum.

The episode about the DeMoulin items aired the summer of 2014. The restorations included the Ferris wheel goat and knife throwing stunt.