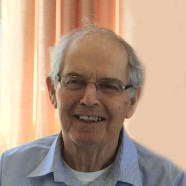 In addition to his parents, he was also preceded in death by a sister, Dolores Rehkemper; a brother, Cornelius Rehkemper; his father-in-law and mother-in-law, Lawrence and Mary, nee Kampwerth, Buehne; and sisters-in-law and brothers-in-law, Lorene Rehkemper, Rita Rehkemper, Esther and Ed Thole, Lucille and Louis Thole, Carol Moss, Regina Buehne and Geraldine Buehne.

Gene was a lifelong carpenter and contractor and was the co-owner/operator of Rehkemper Construction in St. Rose. He was a member of St. Rose Catholic Church in St. Rose where he was involved with the Men’s Sodality and the Parish Council, St. Rose Development Club, former Chief of the St. Rose Fire Department, Breese Knights of Columbus Council 2869 and the Carpenters Local 480.

Memorials may be made to St. Rose Catholic Church, St. Rose Fire Department, or to Heartland Hospice and will be received at the funeral home.