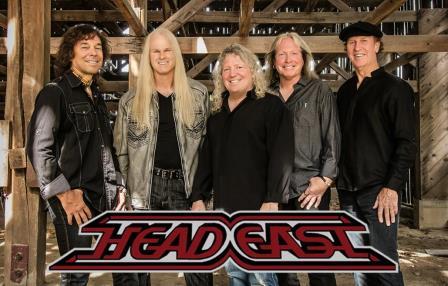 Roger Boyd, a native of Carlyle, is the leader of the group.

He said the band is excited to be playing in Greenville and he remembered a couple of connections to the city.

Greenville resident Kenny Hampton wrote a song that Head East recorded on their “US 1” album. Boyd said the group hasn’t played that song in a long time but will attempt to learn it before the show in Greenville.

Boyd also said the group, prior to becoming Head East, played a show at the Winchester Cathedral teen center in Greenville.

At one time, Hampton was part of a music duo in St. Louis with Mark Boatman. They knew Roger Boyd.

Hampton said he had been performing the song as a solo act when the man who was producing a demo for Head East heard the song and wanted it for the album.

The Head East Greenville concert is free and begins at 7 p.m. Saturday.

Those attending are urged to bring lawn chairs.