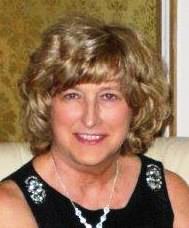 Joyce M. Hayes, age 62, of Springfield, IL, and formerly of Breese, joined her Lord and Savior and family and friends who departed before her on June 19th. She was blessed to be a cancer survivor for over 24 years. She was born in Breese, Illinois to Henry and Laurine Bruckner on November 24, 1955. She grew up on a farm in Clinton County where she graduated from Breese high School in three years. She received her Associate’s Degree from Kaskaskia Junior College and continued her education by attending evening classes at Sangamon State University earning both a Bachelor’s and Master’s Degree in Business Administration. Joyce married James Hayes on September 29, 1979 in Springfield where they have resided since that time.

She worked for the Illinois State Police for over 33 years serving in administrative positions in the Superintendent’s and Deputy Director’s Administration Offices and in several other offices throughout the Department. In addition to the responsibilities of her positions, she served as President of the RSVP Advisory Council, 13 years as the secretary for the statewide Illinois TRIAD Board, several years as the secretary for the IACP Highway Safety Committee, and served as a member of Springfield Weed & Seed. She coordinated several statewide annual TRIAD conferences. She was involved in development of the ISP Medal of Honor Program, the department’s volunteer program, the Troopers’ Council and the personal purchase program. She served as a mentor in the ISP Mentoring Program. She developed department grants and served as a grant reviewer for the Illinois Criminal Justice Information Authority. She also authored articles which were published in the IACP Police Chief magazine. She retired in December 2007 due to illness.

She served on the board for The Matthew Project. She volunteered at her son’s school and for various other charitable organizations. Joyce and family were original donors for the ALPLM. Joyce has been a member of the First United Methodist Church since 1979. She also served several years as the primary caregiver to an aunt with Alzheimer’s until her passing in 2010.

Joyce was preceded in death by her parents and grandparents. She is survived by James, her loving husband of 37 years, and her son Christopher whom she loved selflessly. She is also survived by her brother Larry (wife Shirley) and sister Eileen (husband Jackie) Gammon and nephews Michael and Matthew Bruckner, Seth Gammon and her niece Christa Gammon.

Joyce loved to travel with her family and friends. The family especially enjoyed their overseas adventures to the countries of their forefathers and always loved any trip to the beach. She loved to dance and spend really long lunches with her friends.

A funeral service will be held at 10:00am on Friday June 23, 2017 at Bisch Funeral Home West, 2931 Koke Mill Road with Rev. Mike Whitaker officiating. The family will meet friends from 8:30am until the time of service Friday at Bisch West. A graveside service will be held at 2:30pm on Friday at Highland City Cemetery in Highland, Illinois. In Lieu of flowers memorial contributions may be made to The American Cancer Society or to The Matthew Project, 622 South 8th Street, Springfield, IL.