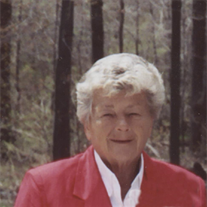 She was a former member of Blessed Sacrament Parish in Belleville, IL..

Peggy was born in East St. Louis, IL and graduated Belleville West High School. She briefly attended SIU-C and worked at Stix, Baer & Fuller. Following her marriage she lived in Colorado Springs, CO then moved to Belleville. When her daughter was 12 she returned to work at harmony Grade School, then secretary for a lawyer for a number of years and then Kriegel’s Jewelry Store. She retired at age 60 and they moved to Faith Countryside Homes in 2015. She enjoyed cooking, and loved babies and small children. The beach was a yearly destination and she loved Coca-Cola

Memorial service will be at 5:00 PM on Friday, June 23, 2017, at Spengel-Boulanger Funeral Home in Highland, IL., with Rev. Father Pat G. Jakel officiating.

Interment will be held at a later date in Lake View Memorial Gardens in Fairview Heights, IL.

Memorial contributions may be made to Parkinson’s Association.