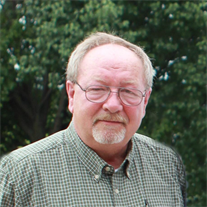 He was a member of Saint Paul Catholic Church. He was also a member of Highland Moose Lodge# 2479; National Rifle Association; Highland Pistol & Rifle Club.

Ralph grew up on the family farm east of Grantfork and attended Immaculate Conception School in Pierron, IL. He graduated Highland High School in 1972. Ralph worked for Gould Inc., Electrical Components Division in Elgin, IL, Asea Brown Boveri (ABB) in Kansas City, and Sargent & Lundy in Chicago as a Sr. Electrical Commissioning Specialist. He traveled throughout the U.S. and over seas to include the Middle East and Philippines servicing high voltage components in gas powered and nuclear power plants. He retired in 2015. Ralph loved his nieces and nephews and great nieces and nephews. He was an avid reader and liked listening to audio books. He enjoyed fishing, hunting and playing cards.

Memorial contributions may be made to Knights for Lights; St. Paul Educational Foundation; or Masses.