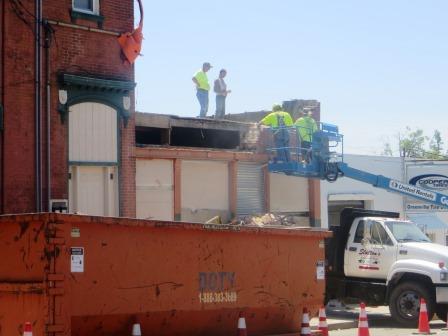 Work has begun on a project to install a two-window drop-off and pick-up lane behind Watson’s Drug Store in downtown Greenville.

For the lane to become a reality, the adjoining building to the south, between Watson’s and Greenville Tire, has to be brought down. 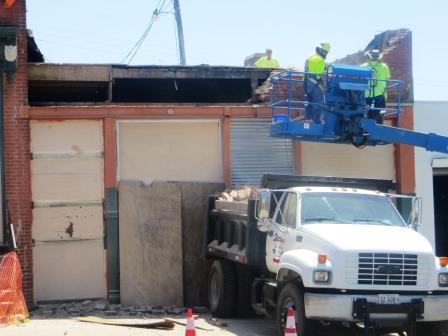 The demolition began this week by Slatton Excavating of Greenville. The majority of the demolition, if not all, will be done by hand.

Bart Caldieraro, owner of Watson’s, said the goal is to have the lane open by Thanksgiving.

He said about 14 feet of the store’s back warehouse will have to be taken out for the drive-through lane. Customers will access the lane off Third Street and exit at the alley.