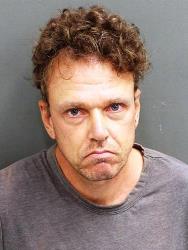 During 2002 and 2003 Sepp was in the Troy area and allegedly had sexual relations with a 12 year old victim who lived in Troy. In 2008 Sepp was arrested for sex crimes against a 12-year-old victim in Polk County, Florida. Sepp was convicted of his Polk County crimes in 2009 and sentenced to prison in Florida. In 2014 the Troy victim observed Sepp’s criminal actions in Polk County from a news source on the internet. The victim then came forward and reported his experiences with Sepp to the Troy Police Department (TPD).

Detectives began investigating the case and worked with the Orange County Sheriff’s Office Sexual Offender Surveillance Squad to obtain information about Sepp. The investigation revealed that Sepp allegedly used chatrooms and social media to befriend young males and lure them into meeting him in person. Police report Sepp used multiple internet sources, and would sometimes identify himself as Erik.

“The inherent innocence of children is something we should all work to protect,” stated Chief Parsons. “The crimes committed to destroy that innocence is deplorable and the Troy Police Department will ensure allegations of those crimes are investigated to the fullest. In an effort to prevent crimes like this occurring in the future, I encourage parents to take some time to speak with their children about the dangers of meeting people online,” continued Chief Parsons.

Anyone who believes they may have encountered Sepp should contact their local police agency or the Troy Police Department at (618) 667-6731.