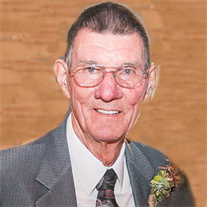 He was born on Sunday, November 16, 1941, in Highland, IL, the son of Earl and Gladys (nee Essenpreis) Hoefle.

He was born and reared at Grantfork,, IL; graduated from Highland High School, Highland, IL, in 1959. He served with the US Navy from 06/1959 to 12/1962 on the USS Forrestal for over three years also briefly on the USS Enterprise. He drove over the road for Slater Trucking and Gordon Trucking. He then sold cars for a few years; he owned and operated Western Auto in Highland; briefly he sold insurance and then he was a car salesman for Tri-Ford retiring in 2000. He retired and became a “Snowbird” with his poodle “Snowie”. He travelled the country in his motorhome. He wintered in Arizona but travelled all of the United States when not in Arizona. His friend and companion, Louise Moore, travelled with him for 16 years. He was an avid NASCAR fan and enjoyed travelling to races.

Memorial contributions may be made to Marine Lion’s Club.