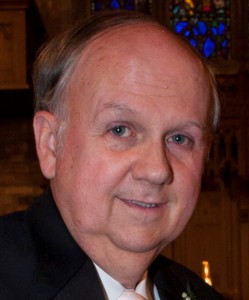 He was a member of the First Congregational Church for more than 40 years. Dennis was the head of The Missionary Action Committee for many years, The American Theater Organ Society, and a past President of The St. Louis Theatre Organ Society. Dennis was one of the staff organist at The Fox Theatre and was instrumental in getting the Lobby organ installed and played. He played at Lincoln Theatre in Belleville for many years. He was a member of the Model T Ford Club. Dennis loved Historic Homes, Antiques, and he especially loved celebrating Christmas throughout the year.

He was preceded in death by his Parents, Earl and Iola Ammann.

Memorials may be made to Lewy Body Dementia Association or The First Congregational Church.

Interment: At a Later Date