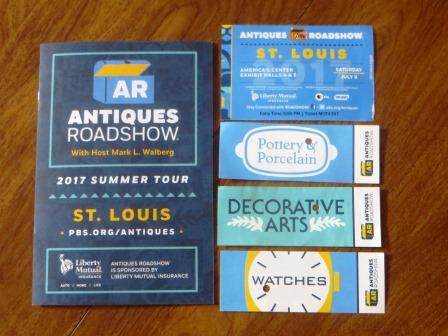 PBS’ Antiques Roadshow was in St. Louis Saturday at the America’s Center.

A few local residents attended the event, including Dick and Jill Franks of Greenville.

They said none of the local persons going to the show had anything appraised as high dollar items.

The Franks said they took a pocket watch and lamp and arrived early. They said two huge exhibit halls were used for the operation.

Film crews were throughout the show. The plans are for three programs from St. Louis to air in 2018.

Click below to hear the Franks’ comments about filming:

The Franks were happy to have the opportunity to be at the show. Jill said it was a lot of fun and very organized. Dick said 70 appraisers were on the staff, covering 24 categories. He estimated over 100 local volunteers were involved.

Antiques Roadshow is seen Monday nights on the Nine Network of Public Media in St. Louis.