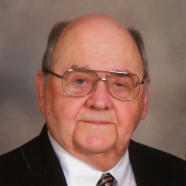 In addition to his parents, he was also preceded in death by a son, John W. “Frank” Gudinas; a grandson, Ryan Gudinas; sisters, Francine Rokita and Marguerite Woods; his father-in-law and mother-in-law, William and Leona, nee Shubert, Koenig; and a sister-in-law, Anne Koenig.

John retired as a Railway Clerk with Norfolk & Southern Railroad and was a member of St. Mary’s Catholic Church in Trenton and the Railroad Clerk’s Union. He enjoyed reading and history, and keeping up with world events.

Memorials may be made to St. Mary’s Altar Sodality, St. Mary’s Cemetery, or to the Sugar Creek Ambulance and will be received at the funeral home.