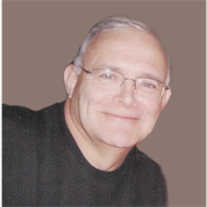 Jon was born in Highland, IL and grew up in Collinsville, IL. He was a graduate of Collinsville High School in 1970. He attended SIU-E and received his Business Administration Degree. He attended Webster University and received his Master Degree in Gerontology. He worked as a Health Care Administrator and retired in Springfield, IL in 2007. He enjoyed gardening and yardwork. He loved to spend time with his granddaughters. He was a former Master Counselor with Order of Demolay, Ascalon Chapter, Collinsville, IL.

Funeral service will be at 11:00 AM on Saturday, July 15, 2017, at Spengel-Boulanger Funeral Home in Highland, IL., with Rev. Dave Trover, Retired Methodist Church pastor, officiating.

Interment will be at Fairlawn Cemetery in Vandalia, IL.