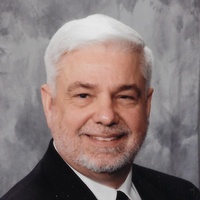 Robert “Bob” Younker, 71, of St. Charles, Missouri passed away Friday July 21, 2017 in his home surrounded by his family.

Bob was preceded in death by his parents and grandparents.

Bob was a chemist and worked in the computer and photography industries. He was of the Methodist faith. Bob was a Cardinals fan and enjoyed showing their English Setters at dog shows with his wife Becky. In his younger years, he enjoyed skiing on the lake and teaching it to many of his friends and family. He also enjoyed attending soccer and other sporting events in which his children and grandchildren played.

Funeral Services for Bob Younker will be held on Wednesday, July 26, 2017 at 11:00 a.m. at the Sutherland-Garnier Funeral Home in Centralia with Rev. Phil Poe officiating. Visitation will be Tuesday, July 25, 2017 from 5:00pm to 7:00pm at Sutherland-Garnier Funeral Home. Burial will follow the service on Wednesday, July 26, 2017 at Hillcrest Memorial Park in Centralia, Illinois. In lieu of flowers, memorial donations may be made to the American Parkinson Disease Association or the American Cancer Society and will be accepted at Sutherland-Garnier Funeral Home in Centralia, Illinois who is assisting the Younker family with the arrangements. Online condolences may be made to the family by visiting www.sutherlandfuneralhome.com.