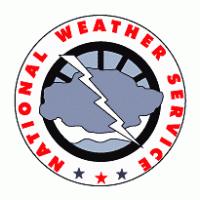 Severe storms moved through the WGEL listening area in the early morning hours on Sunday. Between 3:30AM and 5:15AM severe thunderstorms moved in from the West and formed a long line from near Springfield to south of Mount Vernon. 70+ MPH winds knocked down trees and left hundreds without power in Bond County and thousands in Madison County, there were smaller outages north of Sorento and into Montgomery County. Crews from Ameren and Southwestern Electric restored nearly all of the outages prior to 7AM Sunday morning; however some residents in Mulberry Grove were without power into the afternoon on Sunday.

A tree was down on Beaumont Avenue and stopped traffic until it could be removed. Multiple trees were reported down around Bond County Lake. Major tree damage was also reported from Pocahontas, Sorento, and Keyesport.

Intense lightening and much needed rain also came with the storm. Rain totals varied but most were near .40-.50 inches.