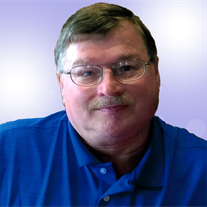 He was born on Friday, October 22, 1954, in Granite City, IL, the son of William and Virginia (nee Reeder) Taylor.

Bill was born at Granite City and grew up in Marine. He was a graduate of Triad High School in 1972 . He lettered all 4 years in high school football. Then he attended Belleville Area College. He owned an operated several restaurants in the area. In his later years he sold carpet for Empire Carpet Store, St. Louis, MO. Bill enjoyed fishing, football, cooking and their German Shepherd “Coco”.

Funeral service will be at 10:00 AM on Saturday, July 29, 2017, at Spengel-Boulanger Funeral Home in Highland, IL., with Joel Hawkins, officiating.

Memorial contributions may be made to American Diabetes Association or American Cancer Society.