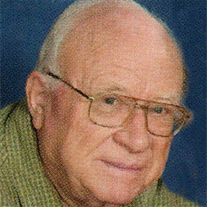 He was a member of United Church of Christ of Marine and Belleville Gear Jammers.

Born in St. Louis, MO; moved to Highland, IL, at age 7, the year after his father died. He graduated from Highland High School 1955. He served with the US Army Reserves. He briefly worked at Alton Box Board, Highland. He worked at Ray Duft Shell Station; Prott DX Station; Bill Storts Service Station and then Bill and his brother started their service station. Bill was part owner/operator of the Dillow Brother Texaco Service Station at Trenton Road (Rt 160), Highland. After many years of opeation they closed the service station and Bill worked briefly at Highland Community Schools; then Smurfit Stone Container, Highland, for 15 years and retired in 2002. He enjoyed gardening; collecting Hug “Imperial” Clocks; car and truck drag racing. His #1 passion was cars, he still has all but one of the cars he owned. His 1954 Blue Ford convertable was the one he drove. He restored a 1926 model T Ford. He ran a 1932 Ford Coupe at Alton Drag Races. He was dedicated to the US Veterans.

Funeral service will be at 10:00 AM on Wednesday, July 12, 2017, at United Church of Christ of Marine in Marine, IL., with Rev. Philip H. Kershner, Pastor, officiating.

Memorial contributions may be made to UCC of Marine; Veterans Memorial of Marine or Donor’s Choice.