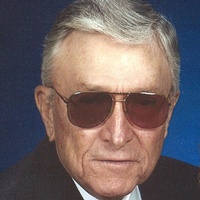 He was born on Monday, March 29, 1926 in Walshville Township in Illinois.

He was the son of Fred D. and Lena (Baumann) Johnson.

He was married to Elvira W. Reinacher on October 2, 1954 at the Grantfork United Church of Christ in Grantfork, IL.

Doc served our country in the United States Army as a Technician Forth Grade during World War II from 1944 to 1946 with the 280th Combat Engineers.

Doc is survived by his Wife: Elvira Johnson of Highland, IL;

He was preceded in death by his Parents; His Sisters: Violet DeVries and Velma Beckman; and a Brother: Elmer Johnson.

The Johnson Family will host a Celebration of Life with Family and Friends on Thursday, August 24, 2017 from 5 to 8 PM at the Diamond Mineral Springs Restaurant located at #1 W Pocahontas Road in Grantfork, IL.

A Committal Service and Interment of his cremains will be held in New Douglas Cemetery in New Douglas, IL with Pastor Leonard Laetsch officiating. Full Military Honors will be provided by the VFW Post 5694 of Highland, IL.

Memorial Contributions in memory of Willard “Doc” Johnson can be made to the New Douglas Cemetery.

The Lesicko Funeral Home in Livingston, IL is Privileged and Honored to take care of the arrangements and services for Willard “Doc” Johnson and his Family.