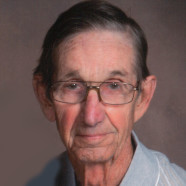 Alvin E. Toennies, age 86, of Damiansville, died Sunday August 20, 2017 at his residence surrounded by his family.

He was born August 8, 1931 in Damiansville, to Joseph and Margaret, nee Santel, Toennies; and they preceded him in death.

Alvin was a veteran of the United States Army, retired as a petroleum salesman for Agripride FS for approximately 35 years and later worked as a bus-driver for Damiansville Elementary School District 62.

Memorials may be made to Mater Dei Catholic High School or the wishes of the family and will be received at the funeral home.