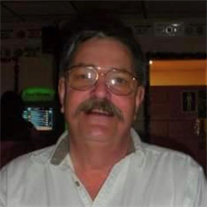 A Celebration of life service will be held 7:00 p.m. Tuesday, August 29, 2017 at the First Christian Church in Greenville with John Heston officiating. An interment will be at a later date in Jefferson Barracks National Cemetery. Visitation will be held Tuesday from 4:00 p.m. – 7:00 p.m. at the First Christian Church. Memorials may be made to Veteran’s Affairs or the Shriner’s Hospital.

David Lee, the son of Duane and Nancy (Henrietta) Wernle, was born July 18, 1952 in Highland, Illinois. David grew up in Greenville, attended the local schools and graduated from Greenville High School with the class of 1972. He served our country in the United States Marines. David owned and operated Recreational Insurance Company from 1991 – 2012. He was a member of the Greenville Jaycees and the Shriner’s MACLIBO Circus group.

He is survived by his children: Kevin Wernle and his wife Stephanie and Kelli Wernle and her partner Matt Godwin. Also surviving is his sister Wanda Heckman and many nieces and nephews.