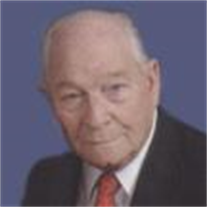 He was born on Monday, July 14, 1930, in Pocahontas, IL, the son of Anton and Wilhelmina (nee Goestenkors) Korte.

Mr. Korte was born in Pocahontas, IL and grew up on the family farm east of Pierron. He attended Immaculate Conception School in Pierron, IL for eight years, St. Henry’s Seminary in Belleville for three years, and graduated from St. Paul High School in Highland in 1948. He worked for Highland Box Company and joined the US Air Force in 1950, where he served until June 1974. He retired as Chief Master Sergeant and Superintendent of Electronics at Bergstrom A.F.B. in Austin, Texas. In 1974, he joined Trionics as Manager of Customer Service for nine years and Manager of Material Control for nine years, retiring in 1992. He was very active with the Highland Knights of Columbus where he served as Grand Knight and Faithful Navigator of the 4th Degree. He was the 10th Chairman of the St. Paul Kirchenfest in 1980. He was an avid Euchre card game player. He enjoyed the St. Louis Cardinal Baseball team and traveling with family. Spending time with his family was very important.