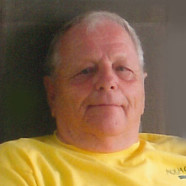 In addition to his parents, he was also preceded in death by a brother, Ed Kehrer; and his father-in-law and mother-in-law, Gilbert and Sis, nee Weil, Noll.

Mip was self-employed for 16 years in his younger years, and retired as the Street Superintendent for the City of New Baden after 20 years. He served as the as the president of the New Baden Jaycees and also was a 30-year member of the New Baden Fire Department where he served as the treasurer and as chief in his last year. Mip enjoyed working around his house, always would help his friends, neighbors, and family whether it was at their homes or around the campsite. He never met a stranger, and truly enjoyed being around people. Mip will be missed by all who knew and loved him.

Memorial Service will be Friday, August 4, 2017 at 10:00 a.m. at Moss Funeral Home in Trenton with Rev. Michael May officiating. Burial will follow in Greenmount Cemetery, New Baden.

Memorials may be made to the wishes of the family and will be received at the funeral home.

The New Baden Fire Department will have a group walk through at 7:00 p.m. Thursday evening.