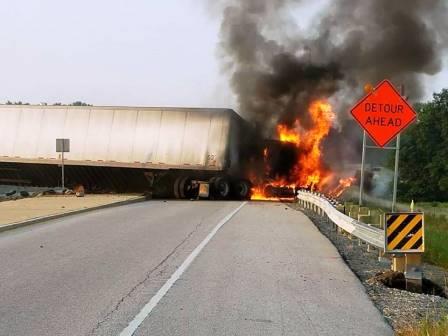 Illinois State Police have released more information on the truck fire that had Pokey Road shut down for several hours Thursday.

At approximately 6:55 AM Thursday, a semi, driven by 45 year old Leslie R. Jackson, of Richmond, MO, was westbound on I-70 at the 36 mile marker, reportedly fell asleep, and ran off the roadway to the right. Police say the truck traveled about 400 feet, went through the ditch and traveled up the embankment, striking the overpass at Pokey Road. The truck crossed over Pokey Road, striking the other side of the overpass, then caught fire and burned. 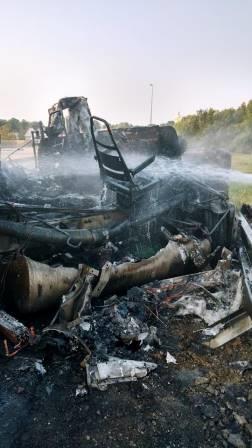 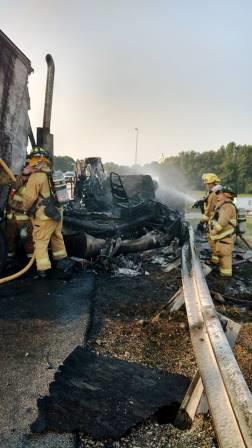 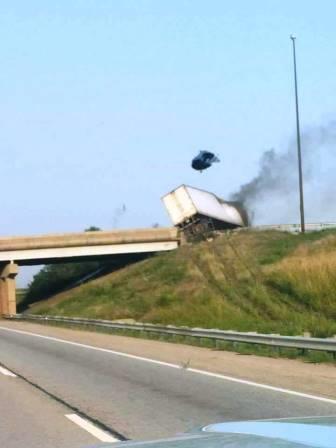 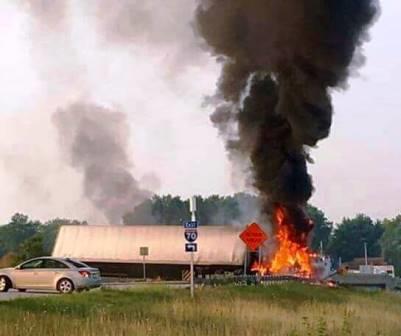 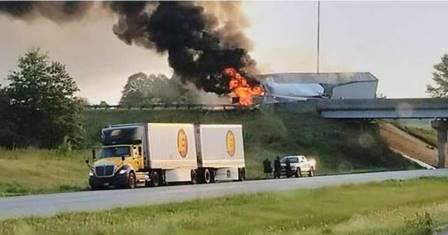 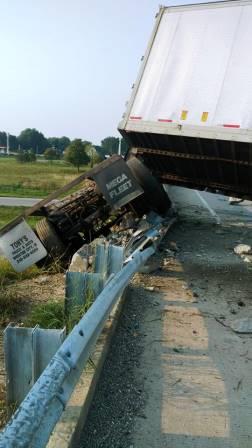 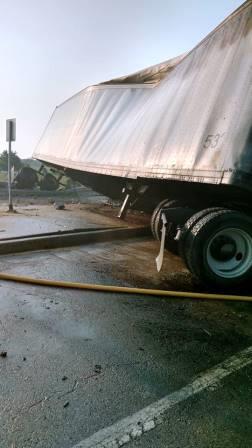 Jackson and a passenger, 48 year old Brent Langel, were able to escape the truck without injury.

Pokey Road was closed to traffic from 7 AM to 4 PM Thursday. Jackson was issued a citation for alleged improper lane usage and two alleged commercial motor carrier safety violations.