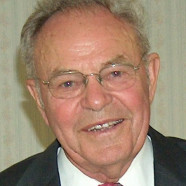 Paul was veteran of the United States Army serving during the Korean War. He retired as a truck driver and later worked as a Funeral Assistant for Moss Funeral Home, a driver for Jansen Chevrolet of Germantown and also was a bus driver at Community Link in Breese. He was a member of St. Boniface Catholic Church in Germantown, was a very active member and Past Commander and Past Adjutant of the Germantown American Legion Post 325, past president of the Germantown Spassfest Committee, retired member of the Germantown Fire Department, and was a member of the Germantown Community Development since 1957. One position he held for over 55 years was working the Saturday night Bingo’s at the American Legion Hall becoming Chairman of the Bingo Committee and the main Bingo Caller on many Saturday nights for years. Paul was an avid fan of the St. Louis Baseball Cardinals his entire life.

Memorials may be made to St. Boniface Catholic Church or the American Heart Association and will be received at the funeral home.