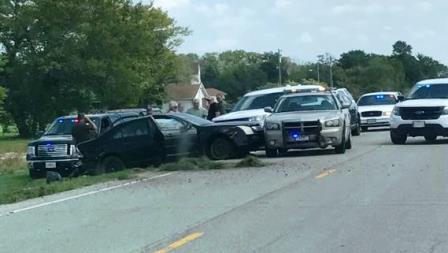 A pursuit in the City of Greenville late Tuesday morning lasted about 20 minutes and resulted in a 28-year-old Taylor Springs man being arrested.

As of Tuesday afternoon, Greenville police were still investigating what charges to seek.

About 11:40 a.m. the police department received two complaints from citizens about a reckless driver. A city officer spotted the suspect vehicle near the intersection of Harris Avenue and Elm Street.

The pursuit began with the suspect driving east on Harris Avenue to Route 40, then west to Fourth Street, north to Franklin Avenue, then east to Third Street and back to Harris Avenue.

That route was made three complete times with speeds on Harris reaching about 60 and speeds on Route 40 between 55 and 60.

City police, assisted by a county deputy, put out stop sticks to try to get the driver to stop. Once, near Greenville Bowl, the man went down a ditch to miss the stop sticks, and continued on Fourth Street.

The fourth time the route was being covered, the suspect’s car ran over stop sticks on Fourth Street near the health department.

The man turned onto Bowman Drive, driving east to Rt. 127, then to Route 40 where he once again went west.

With his tires deflating, police said the man’s car became difficult to steer. An officer said the vehicle left the road into the ditch about three times, and the incident ended near The Zone, when the car came out of the ditch and hit the Pocahontas Police car, which was involved in the pursuit.

The subject was taken into custody without incident. An ambulance was sent to the scene, and the driver refused treatment, according to police.

In addition to the Pocahontas officer, city police were assisted by personnel from the Bond County Sheriff’s Department. 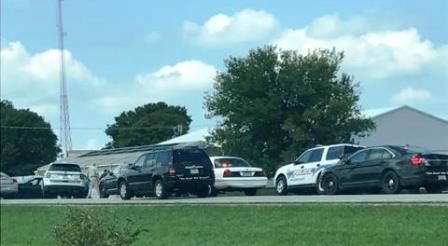