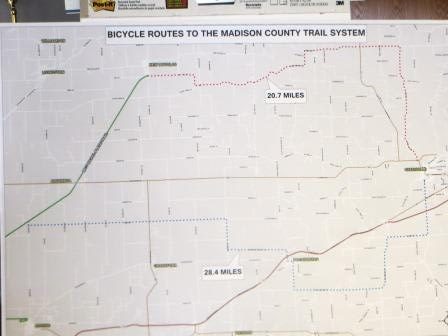 About 35 persons attended a meeting Tuesday night to discuss the possibility of bicycle paths in Greenville and Bond County.

City Manager Dave Willey told the audience the reason for the meeting was to discuss bicycling, not just in Bond County, but also in other townships and throughout the county.

Willey had previously said the city could paint bike paths on existing roads, meaning bikes and motorized vehicles would share them. 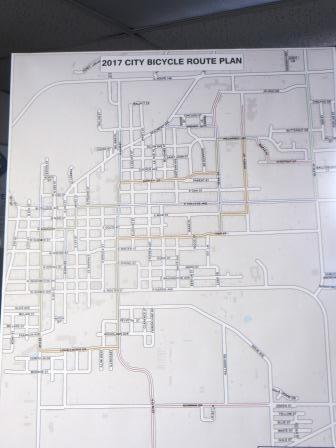 Willey also talked about a path on North Idler Lane from Rt. 140 to Governor Bond Lake, and going from the city to Patriot’s Park, west of the city, without using the heavily travelled Rt. 140.

Several other suggestions were made by those in attendance.

It was the consensus of those at the meeting they would first like to see the bike path on Elm Street, one on Idler Lane to the lake, and one going to Patriot’s Park. It was noted that other governmental entities would have to become involved with any paths outside of the city.

No opposition to bike paths was expressed at the meeting.

Willey emphasized that roads are not only for cars and trucks. Bicycles are required to be in vehicular lanes, unless there is a designated bike path. He said exceptions are made for children, who can ride on sidewalks. He said it is important for vehicles and bicycles to share the road and neither has a right-of-way ahead of the other.