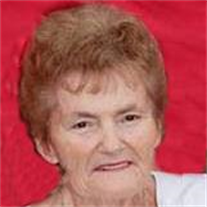 She was born on Thursday, April 29, 1937, in Highland, IL, the daughter of Urban and Francis (nee Kapp) Mersinger.

She was a member of St. Rose Catholic Church; former member of Daughters of Isabella at St. Paul; Knights of Columbus #1580 Ladies Auxiliary; Red Hat Ladies.

She was born and reared at Highland, IL; graduated from St. Paul High School in 1955. She worked at Wicks Organ Company until her first child was born. She later worked at the Highland school cafeteria. She helped take care of her grandchildren and great grandchildren. She enjoyed watching Wheel of Fortune; following the St. Louis Cardinals Baseball team; playing bingo at the Knights of Columbus Hall; collecting Coco-Cola memorabilia, Precious Moments and had a doll collection. She passed away at St. Joseph Hospital surrounded by her loving family.

Memorial contributions may be made to American Cancer Society or Susan B. Komen Race for a Cure.