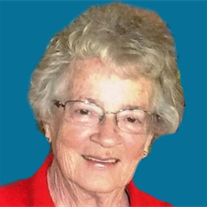 She was born on Thursday, February 21, 1935, in Balaton, MN, the daughter of Eloise and Bertha (nee Muchlinski) Popowski.

Dorothy was born and grew up in Balaton, MN. Her husband retired from the the US Army. Many years of their marriage were spent moving to different cities in the United States. After he retired they lived in Holiday Shores, near Edwardsville, IL. Their daughters graduated from Edwardsville High School. Dorothy worked for the US Government, mostly for General Service Administration in Fairview Heights, IL. She enjoyed reading, gardening and crafts.

Graveside Service will be held at a later date at St. Mathias Cemetery, Wanda, MN.