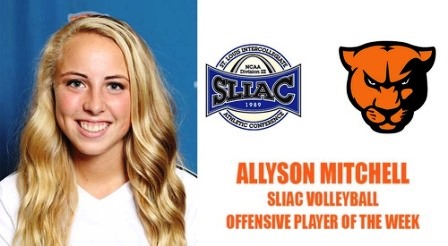 The St. Louis Intercollegiate Athletic Conference has announced Allyson Mitchell as its volleyball offensive player of the week for the week of September 11-17.

Mitchell, a senior outside hitter, paced the Panthers over three matches last week. 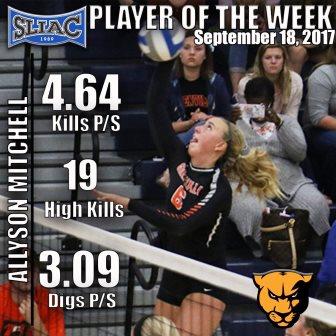 She averaged 4.64 kills per set, finishing with at least 16 kills in all three matches.

She had a high of 19 kills against Webster.

The Panthers have a record of 8-2 (4-2 SLIAC), and they travel to Rose-Hulman for a match on Tuesday.