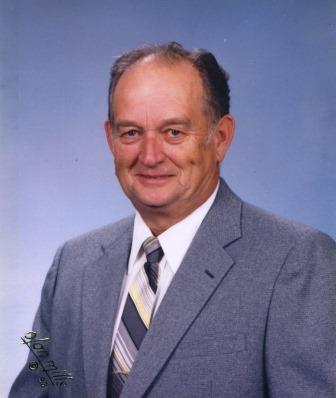 John F. Garrison, age 89, of Mulberry Grove, IL passed away Wednesday, September 6, 2017 at Carle Foundation Hospital in Urbana, IL. A mass of Christian burial will be conducted Monday, September 11, 2017 at 10AM at St. Patrick’s Catholic Church in Tolono, IL. Burial will be in St. Patrick’s Cemetery in Tolono. Friends may call Sunday, September 10, 2017 after 4 PM at Young Funeral Home in Greenville and also Monday after 9 AM at the church. There will be a prayer service Sunday evening at 7 PM at Young Funeral Home. Memorial contributions are suggested to The Lions Foundation or The Mulberry Grove School District.

John was born January 13, 1928 in Raleigh, IL to Arthur and Cora (Hankins) Garrison. He married Loretta Magsamen on June 2, 1951 in Tolono, IL. She died April 8, 2011. He is survived by his children Judy Garrison of Champaign, IL, Mike Garrison of Peoria, IL, David Garrison of Greenwood, IN, and Mark Garrison and his wife Lorri of Greenville. He is also survived by two grand daughters Megan Neece and Morgan Walker along with six great grandchildren Easton Walker, Taitem Walker, Tenley Walker, Harper Neece, Connell Neece, and Ayla Neece. He was preceded in death by his wife, a brother James Garrison, and a sister Lillie Johnson.