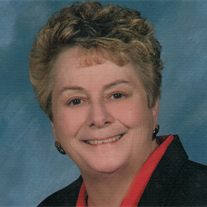 She was born on Monday, October 20, 1941, in Highland, IL, the daughter of Lester and Mabel (nee Iberg) Bohnenstiehl.

Lila was born and reared at Highland, IL; she graduated from Highland High School in 1959. She worked 13 years at Highland Community School. After rearing her children, she worked for Dr. William Drake part -time. She worked subsequently full time at First National Bank, Highland and then FCB Highland Bank . She worked the day of her death at the bank. Lila had been City Clerk in Highland for two terms – 1977-1984. Twice a month she played cards with a group of ladies. She enjoyed wood carving; crocheting; gardening; and Illini Basketball, She was always helping her grandchildren. Lila was a people person and enjoyed meeting and visiting people.Mrs. Manville had gifted Lila’s Garden Park to the City of Highland

Memorial contributions may be made to Chris Manville Memorial Scholarship Fund or Susan G. Komen for the Cure.