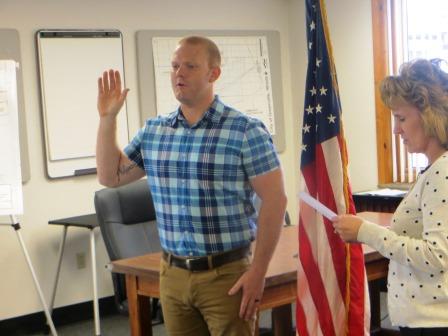 The City of Greenville has a new police officer.

Walton is a 2010 graduate of Vandalia High School and earned a two-year criminal justice degree at Kaskaskia College.

He has approximately four years of experience in law enforcement.

Walton was a part-time deputy for the Fayette County Sheriff’s Department, worked part-time and full-time in Brownstown and was a full-time officer at St. Elmo.

He replaces Officer Austin Sebastian, who resigned from the Greenville police force the end of August.

Walton was hired off the Greenville police eligibility list.