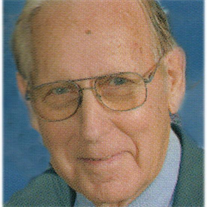 He was a member of Saint Paul Catholic Church. He was also a member of Knights of Columbus Council 1580 – Highland, IL; United Paperworkers International Union Local 1912.

Paul was born at Pierron, IL and grew up on the family farm south of town. He attended Immaculate Conception Grade School. He worked as a farm hand for several years and then went to work for Alton Box Board Company. He retired from the company at age 65. Paul always had a garden – he enjoyed being outside. He and his wife and enjoyed traveling and were a very close couple. Paul was close to his siblings. His nieces and nephews knew “Uncle Paulie” as a joke teller and great story teller.

Funeral Mass will be at 10:00 AM on Friday, September 08, 2017, at Saint Paul Catholic Church in Highland, IL., with Rev. Father Pat G. Jakel officiating.

Memorial contributions may be made to Association of the Miraculous Medal.