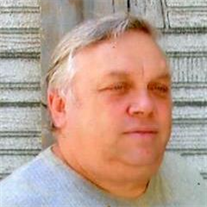 William “Bill” J. Phillips age 52 or rural Vandalia, passed away at 6:59 a.m. Saturday, September 16, 2017 at St. John’s Hospital in Springfield where he had been a patient for only one day.

The family will receive friends Wednesday evening from 4 until 7 p.m. September 20, 2017 at the Mulberry Grove Donnell-Wiegand Funeral Home. For those who desire memorials in Bill’s memory may be made to his family there.

William James Phillips, the son of Stella Virginia Armes Phillips and William Jasper Phillips, was born on March 1, 1955 in Doniphan, MO. Bill grew up in the Troy-Edwardsville area, graduating from Edwardsville High School in 1975. Bill answered his country’s call by joining the United States Army on August 25, 1975 in St. Louis raising to the rank of E-5 SP 5 serving overseas in Germany for 2 years, 11 months, and 8 days as crewman in Armor. He was honorably discharged on February 26, 1979 at Fort Riley Kansas. Bill lived in Bartlesville, OK from 1975 until 1993 where he worked for Phillips 66 Petroleum in the research Center. He moved to the farm north of Vandalia in 1997 and worked for Orgill of Vandalia until he was disabled.